A couple of weeks ago I met some friends to play another Escape Room at Glasgow Riddle Rooms. After almost an hour of puzzling away, we beat the room (hurrah!) and repaired to Shilling Beer Co for a celebratory drink. At this point, one friend, who happens to be Italian, suggested pizza at “this new place I really like” for dinner. Now, you can pull me up for stereotyping all you like, but when an Italian gentleman suggests a pizza place, I’m inclined to say yes. 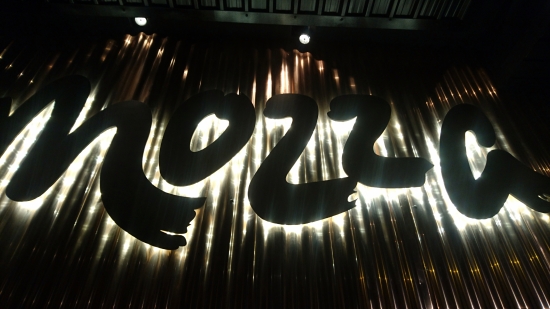 Off we went. Mozza has a medium sized spot on Renfield Street and when we arrived at ~6pm on a Saturday it had a light crowd already, but still managed to fit in our un-booked table of 6. I suspect that it gets busier later.

The menu is fairly paired back. They have 13 pizza options, including a margarita which they’re happy to customise with other toppings and they’re all about the proper Neopolitan way of doing pizza (which I guess could be what attracted my Italian pal in the first place). They also have a very drinkable house red available, just, y’know, by the by. 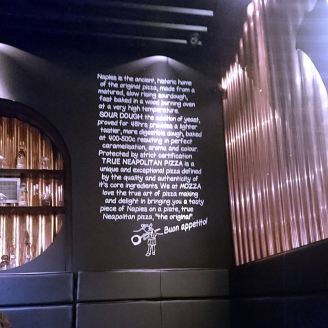 I selected Number 13. A pizza Blanco with mozzarella, gorgonzola, Parma ham, fig and balsamic jam, rocket and crushed walnuts. Offft. As delicious as all of that sounds (and was) when the food arrived I had serious envy looking at the Number 6s with Neopolitan broccoli, Italian sausage, mozzarella, chilli and olive oil. I think I’d give that one a shot next time but maybe without the chilli because I’m not crazy about spicey pizzas. Fortunately, they seem pretty amenable to customisation.

The dough of the pizza was thin, but not wafer thin. It had a slight flavour of charcoal from the oven and was pleasantly chewy. The toppings were perfect except, in my case, for one flaw. Usually, if I order something with gorgonzola I expect to be able to tell that it’s there. It is not a cheese with a mild flavour, more of a kicking-you-in-the-teeth flavour, which is really what I was looking for and didn’t find. I have to assume they forgot to put it on. Not that any of this really matters, since I was enjoying the pizza so much that it wasn’t until I’d finished it that I remembered: “oh yeah, wasn’t that supposed to have gorgonzola?” Ooops. 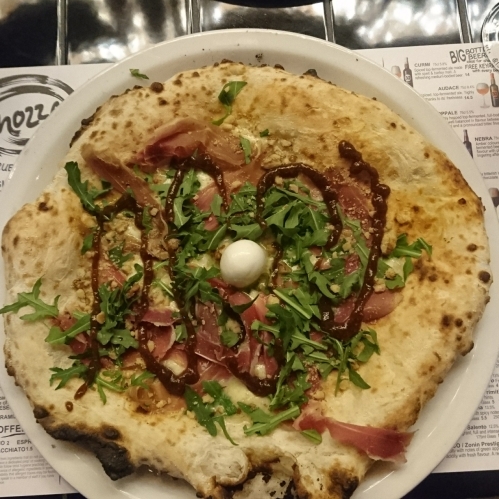 Since we split that bottle of red between four of us, I only ended spending  £12 on my meal and would honestly have been perfectly happy spending more. The pizza was delicious and filling but I could probably have managed to share a starter with someone or possibly a slice of the cheesecake to finish (I saw another table order it and it looked good). So I guess that just means I’ll have to go back soon.

One thought on “Dinner at Mozza, Glasgow”